The new pro member of the team Equilibrium ! A badass killer called Petr Vorisek who likes slack and chocolate, just like us ! He can do trick on longline, so yes he is a new generation mutant. 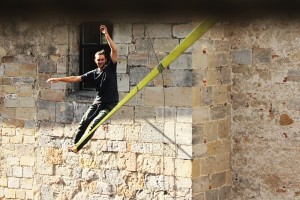 Tell us who are you ?

Petr Voříšek, the smiling guy with poo on his head.

Where are you from?

What do you love most about your home town ?

Since how long do you slack ?

How did you enter in Equilibrium team ?

For a past few years almost everywhere I went slacklining, I was with the guys from EQB team. And I knew they want me;) The only problem was my membership in competing companies.

Do you managed to live ONLY by slacklining ?

The longest longline you’ve ever walked ?

We know that you love playing the longline, what is your favourite trick ? 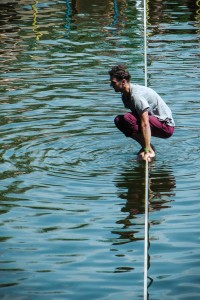 What did you do last sunday ?

I had a walk on crutches with my girlfriend in Adršpach rocks. (I’ve broken my foot two weeks ago in Poland, right after the River Crossing World Championship)

If you could change one thing about yourself, what would it be ?

I want to have stronger bones.

A phrase you say often ?

A common misconception about yourself is :

That I can sleep on a slackline.

Your biggest fear is :

About a year ago, while walking a highline freesolo, an unexpected fear came to my mind in the middle of the line. I think that was the biggest fear I have ever had. I can’t do it since that day.

Your biggest worry is :

Now it’s my exams. Or rather the dates of exams, because I don’t know if I can be in time for the French Riviera Highline Meeting.

Your biggest weakness is:

A guilty pleasure of yours is :

Hours and hours of discovering new music on the internet.

An excuse you use often ?

Something you could use more of in life is : 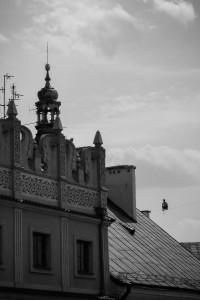 Something in your refrigerator ?

I was in Iceland, France, Switzerland, Germany, Poland, Italy…

What webbing do you usually use ?

Your favourite possession is:

RE pulleys – so cute!

Your first thoughts upon waking up are :

What’s the time? Is it weekend today?

What passions did you have before slacklining ?

The last line you walked was :

The competition midline at the River Crossing World Championship. 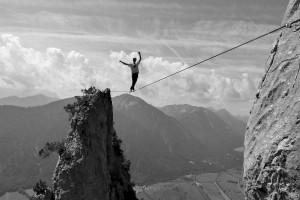 Do you listen to music by slacklining ? and what’s your favourite song to ?

I don’t usually listen to music while walking, but when I do, it’s something like 90’s deep house or dub techno. When I was walking my first 100m+ longline, I was listening to Crystal Castles.

The last meal you ate was :

The last text message you sent was:

The best advice you’ve ever received was :

I can’t remember. (maybe this one: the less you know, the happier you are, haha)

The best word to describe your life is :

Slackline in one word is:

What quality do you admire most in other people ?

Didn’t fix myself while rigging.

Highlining should be completely free or there should be rules ?

Every highliner should know some rules about safety and protecting of nature.

You think solo is :

Next step after ankle leash.

What was your best slackline memories during the last year ?

What goals would you like to achieve this year ?

100m highline would be nice. And to learn some new longline tricks. And try them on a highline.

This entry was posted in Interviews, News. Bookmark the permalink.