The latest Slacktivity product is out : the Soft Rig Plate. 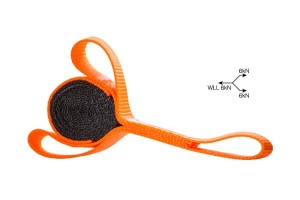 it’s a soft rigging plate. It’s a new concept since it was only in metal before.

The best part : it’s light -> 42 grammes . It also fits easily in any bag. If you like light product, this one is for you. To get an idea, the closest product in the market is the Petzl PAW S which weight  55 grammes. There isn’t a big gap between them, but when you save weight on each of your belongings that you carry, then it can make a 1kg different. It’s worth it when you carry you pack in the mountain or in the plane.

The weakness is the strentgth : only 6Kn WLL. Usuallyalu plate between 36Kn and 45 KN WLL. It’s a big gap. The other question is how long this product can be used. Since it’s soft you will damage it faster than a metal connector. In the other hand if you drop it on a rock, it won’t be broken such as an alu connector.

This Soft rig plate from Slackivity is awesome for those who like light product and not too much tension. An excellent idea from the R&D Slacktivity team !

the Samuel Volery, the 537m and the lightning

Samuel Volery set up a highline to break the world record this summer but a lightning broke the line. Unreal !A must watch

Samuel did 14m more than the previous record! Congrat and well done.

New ho to from Samuel Volery,: ten different way to stand up on a slackline 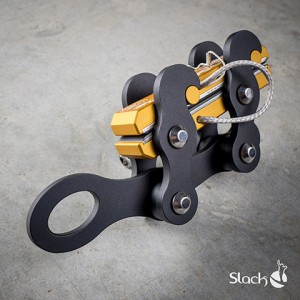 Here it is ! Eventually, slack.fr sell their own line-grip ! Moreover, it’s in aluminium, so very light. This tool, if you don’t know it yet, is used in order to remove the tensioning system of the line, by « holding » it. Like a prussik would do on a rope, but keeping the webbing flat so that it does not get damaged. Also useful in highlining, helps you to stay light, going with only this tool and a highslide to tension. Nice colors ! On the website page you can find a video that explains how to use it
http://laboutique.slack.fr/products/highlinegrip-g2
And, moreover, slacktivity produce now the same available in Switzerland and soon worldwide :
http://www.slacktivity.ch/slackline-shop/zubehoer/linegrip 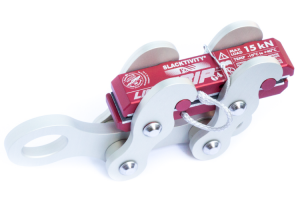 How to assist a beginner

We all like Samuel Volery’s “know how”. His new video is really useful for all of us, as he teaches you how to assist a beginner. He has his own technic and it works”